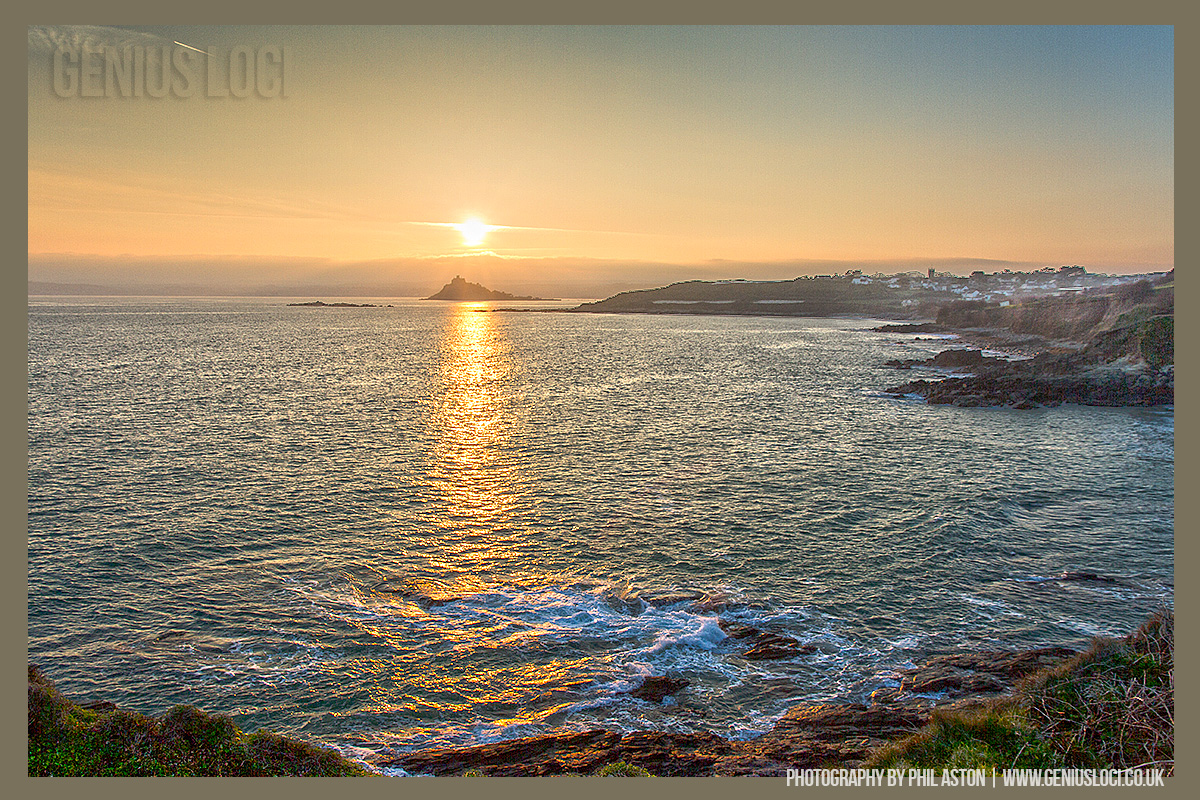 Taken on April 29th at 8.30pm tonight during our Genius Loci management meeting!  We come up with most of our best ideas when we have our meeting walking along the coastal path near our home.Tech stuff
Canon 7D
EF-S Lens 15-85 Lens
Polarizer Filter 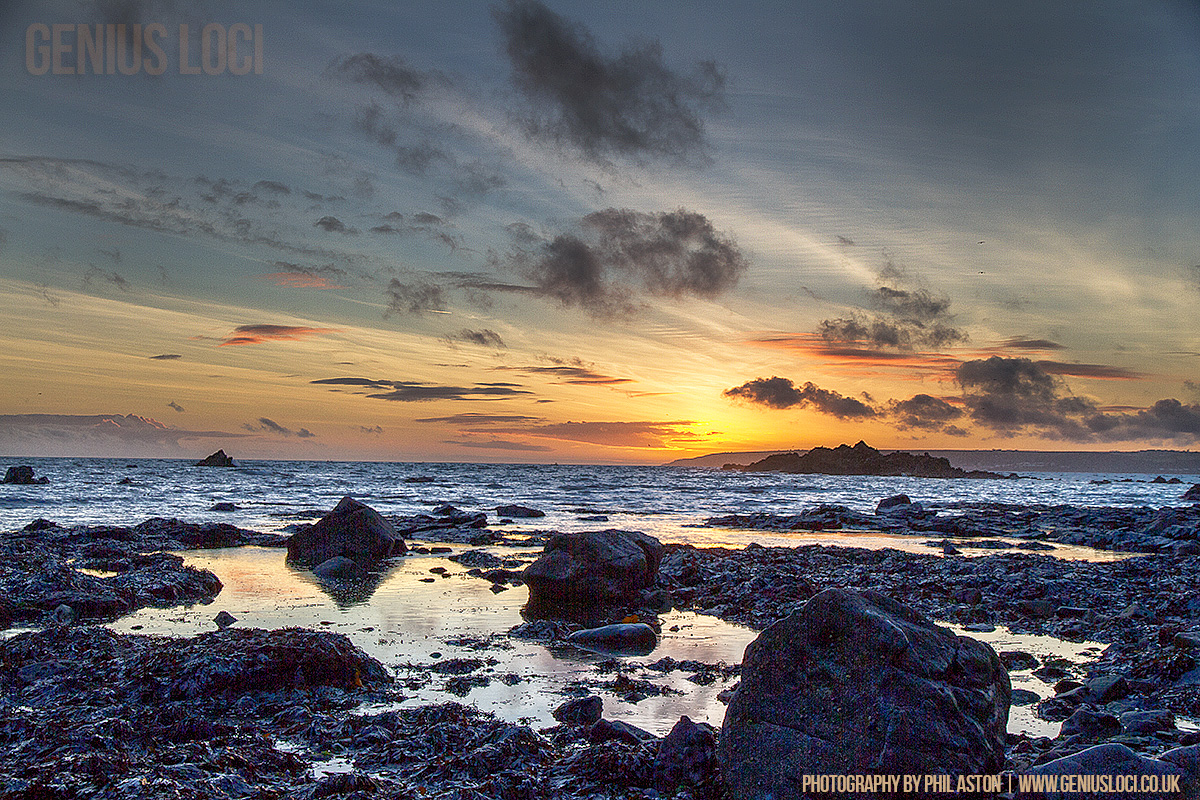 My local walk around Perranuthnoe and Mounts Bay is never the same. each time the sea, the colours, the landscape changes. 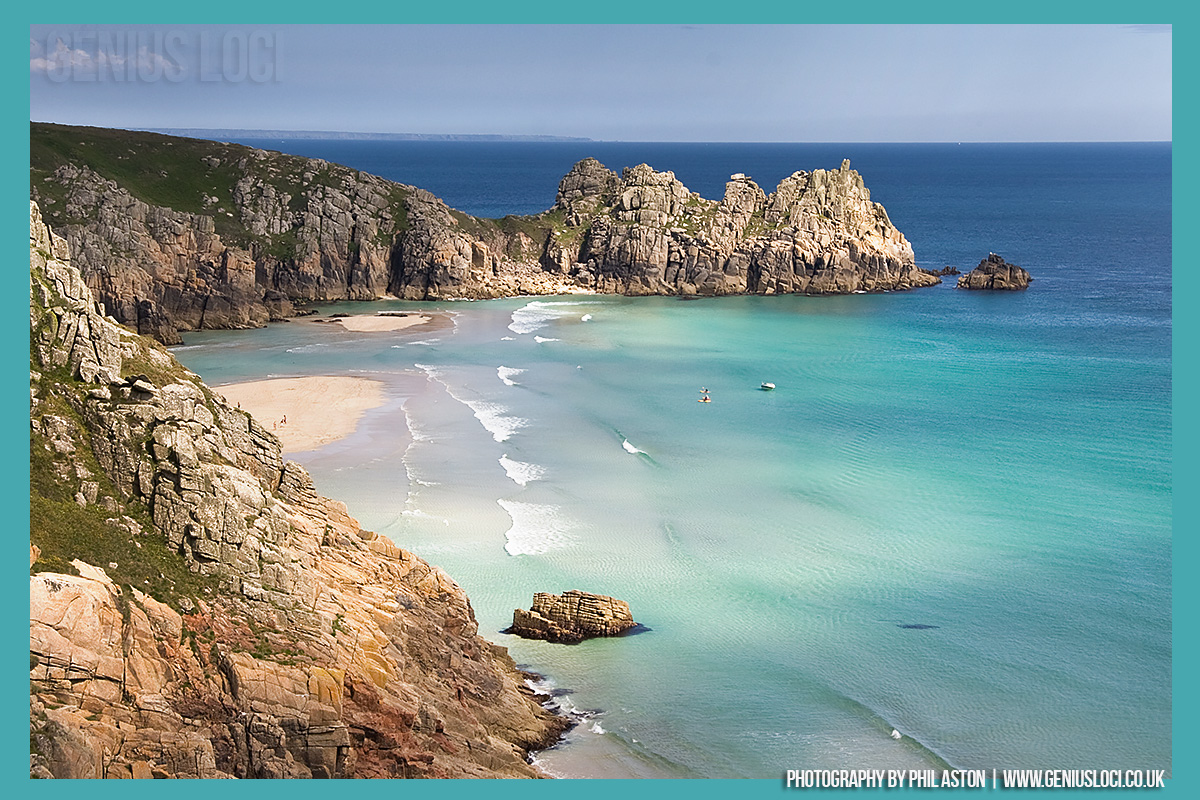 We are working on making more of our cornwall photography available online and to buy directly from our website.

Hangouts On Air are one of the best features on the Google Plus platform.  The holy grail for musicians is the option to broadcast their own concerts.

The Sue Aston Show, was the first real Hangout Concert broadcast from the UK at this level of quality. We had a lot of comments from around the world about how we set this up.  The Violin is a very unforgiving instrument if not set up correctly.  For standard Hangouts On Air you can get away with a external webcam and mic but for music you do need an external mixer for the additional control.

This first show was broadcast on March 2nd and was watched in the UK, USA, Canada, Australia, Italy, Mexico, Africa.

Since then we have produced many successful online shows
Up until January 2015 this was our set up.

(Based on 17mbs upload speed)

The Aston Family Show – Music Hangout On in HD

This HOA has caused quite a stir in the world of Hangouts and for a music / talk show HOA it is the most complex but successful one I have produced.
We had over 230 people in the live feed and also had guests on the panel. The show was broadcast live in the USA and viewed in Japan, Canada, Mexico, USA, Brazil, Italy, Switzerland, Ireland, Africa and the UK.

It was the first one where we decided to broadcast in HD Video.
We decided to start simple with one instrument and then slowly added more as the show progressed. Towards the end where all four of us are playing I had to leave the production element to it’s own devices.

All the above inputs were EQ’d at the mixer stage.
Settings were changed from voice to studio throughout.

The live HOA mix was monitored via Pro Logic X which gave me a good idea of what people were hearing. The sound was tested on earbuds and large Tannoy floor standing speakers before we went live.
The live mix from Pro Logic was also fed into the headphone streams so we could all hear each other!

On this HOA we needed at least two more inputs so we upgraded our mixing interface for the next event.

The show was broadcast from our living room so microphone bleed across channels was a huge issue. To combat this we placed each of the amps in different parts of the house. This gave me more control over the mix.
A lot of the mix was live so different settings were needed for harmonica and spoken voice as was reverbs effects etc.

The show was hosted by My Music Hangout in the USA and broadcast from Cornwall. We had a great panel of guests and the comment tracker was doing over time. At one point I had to remind myself we were broadcasting live around the world from our house!

This is great! The sound rocks, the video quality is good for the medium, oh yea. and the music is beautiful.. Had to stop for a sec and realize I’m listening to a mom and her son, playing local tunes from their house 1/2 way around the world. Wow. 🙂 John Ellis (USA)

Another History-Making event here on YouTube as Sue Aston and her talented son Dan present a live concert performance over Hangouts-On-Air. This is testing the waters with the new “Studio mode” audio codec recently offered up to us by Google. While typically too shrill sounding for instruments such as cymbals and violins, it was masterfully controlled in this recording with EQ. Three MARVELOUS songs with very good production values are the result. Enjoy! Terry Leigh Britton (USA) 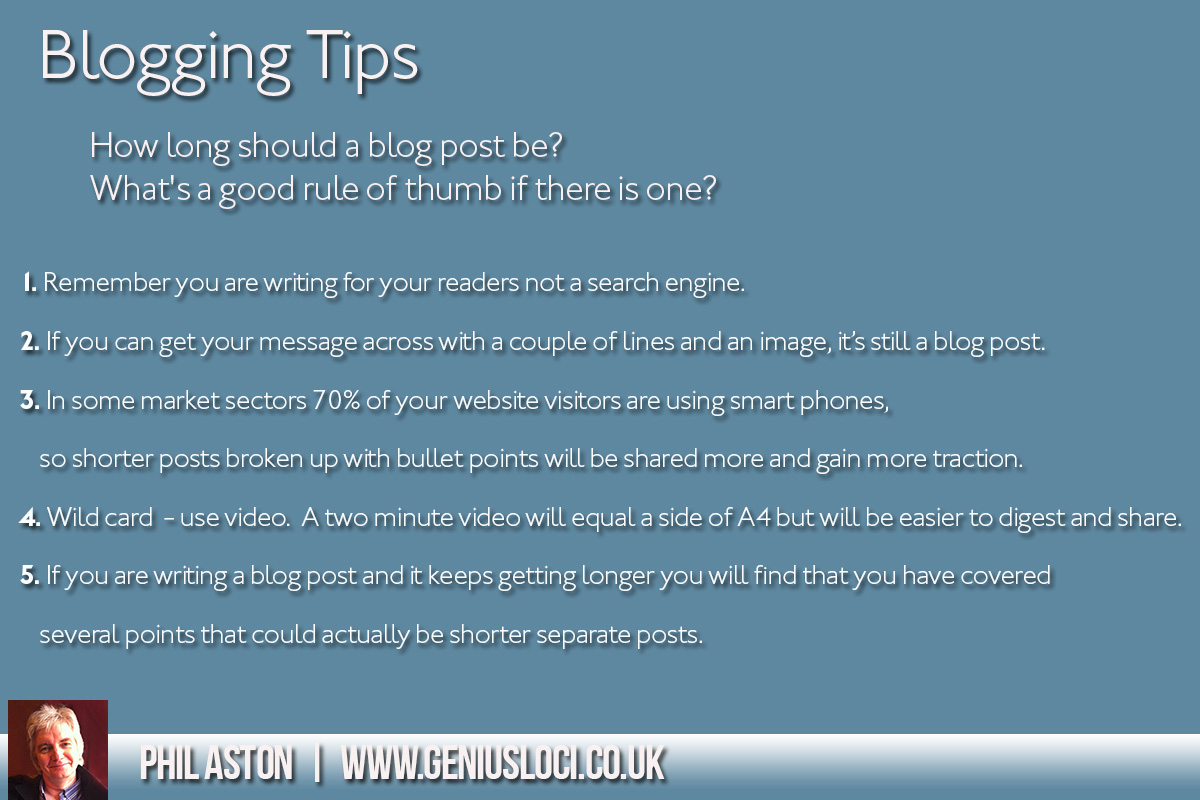 What’s a good rule of thumb if there is one?

This is a subjective subject, but these are my thoughts

There will be times for some people and organisations where your HOA guest is in the same building. What people tend to do is set up another laptop in another room, so that each person can have their lower third and be the main focus when they talk. The background to this was we wanted to gain some experience of doing HOAs but also have something we could use afterwards.  The issue was being in the same building we would have to have separate laptops, microphones etc to get the HOA affect of a lower third and separate camera shots (depending on who was talking).

We decided to design a special lower 3rd for both of us and use one screen. This is the outcome. We kept it low key but I am pleased with how it turned out. This has given us ideas of doing this double act HOA again either as hosts or guests! 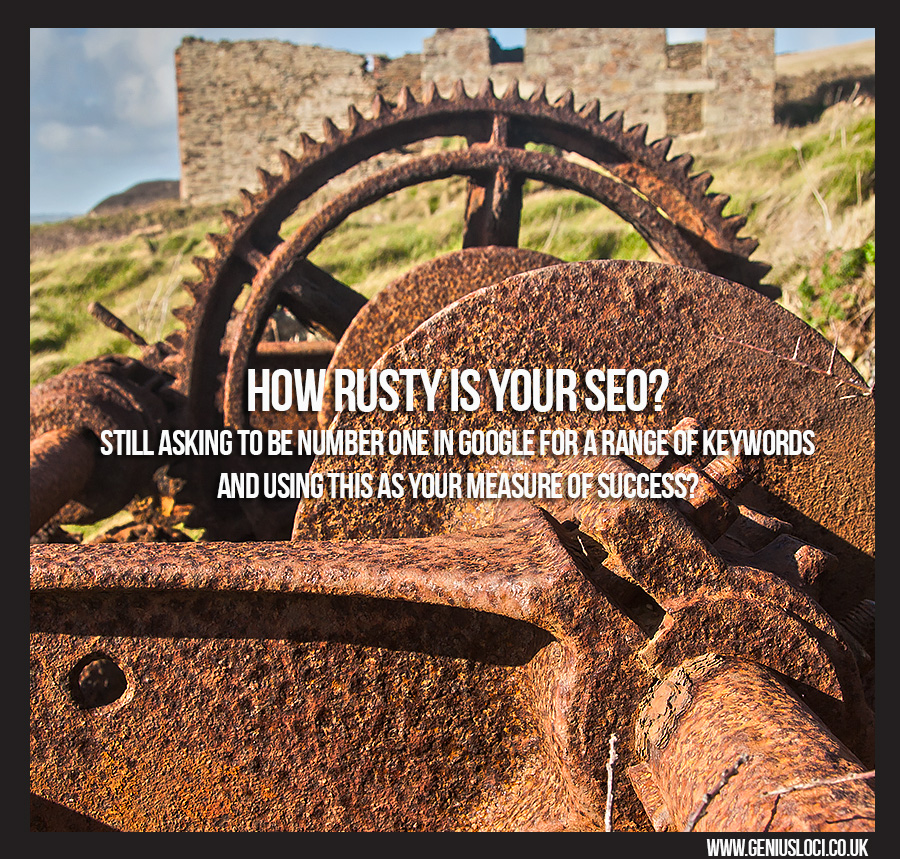 Yet another enquiry from a new client asking could I guarantee 1st page positions for over a dozen phrases, and how long would it take?
A quick look at the website showed a mass of over optimisation and a huge drop in traffic roughly in line with the google changes last year. There was also no clear social media strategy or a website that behaved well on mobile devices.
What made this more of a concern was that three SEO agencies had already quoted for this and not questioned it.

It is amazing how many in the SEO world have yet to read ‘Google Semantic Search’ by David Amerland
There is still a myth that SEO people optimise search engines. We don’t , we optimise your web presence, your digital world for your visitors and customers.

My measure is simple

Has your traffic increased, is the phone ringing?

There is little point in being number 1 in google for a phrase no one is searching for apart from you and your SEO dude.

SEO is not dead (the phrase should be). It covers the whole spectrum of digital marketing, search, social, blogs, content, engagement and semantics. It also takes significantly longer than it did before.

2014 is the year of semantic search, it is also the year when social media will become integral to your digital marketing success. If you want any help with your website or are concerned that your current optimisation needs turning down, then please get in touch. 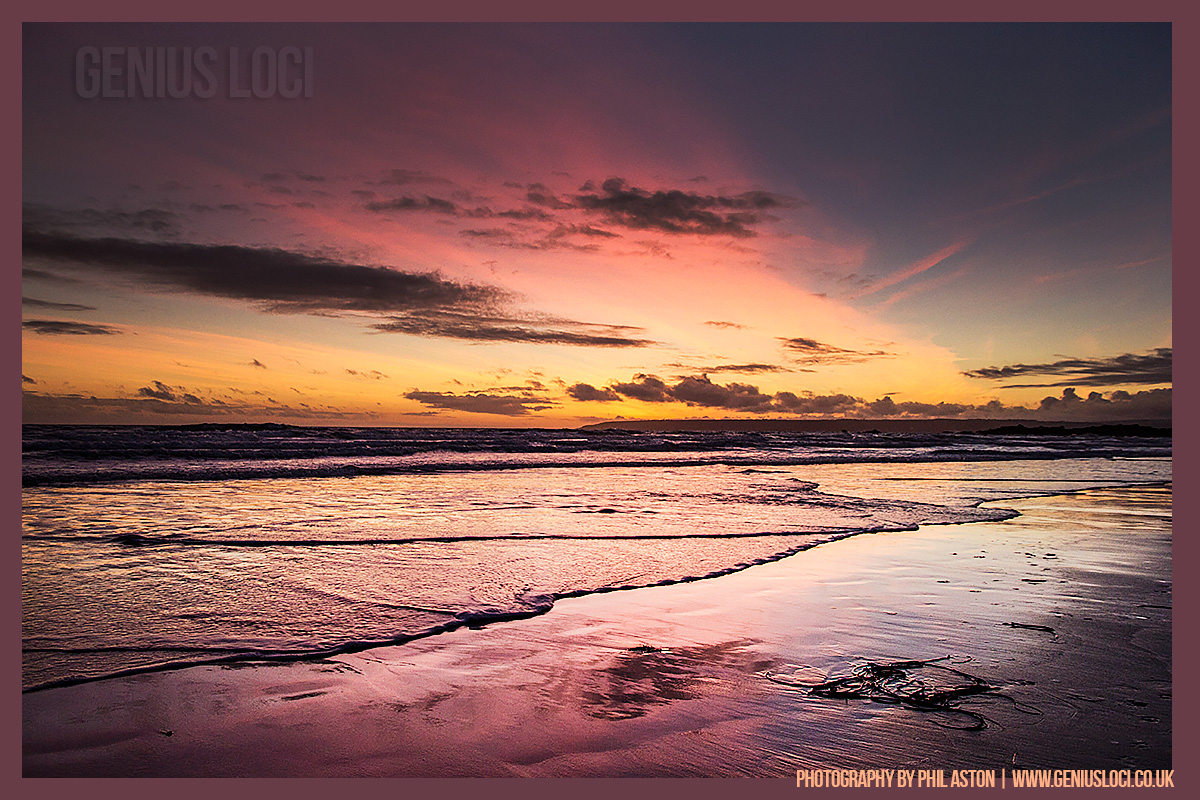 The sunset of this particular day was stunning.  I realised as I finished a client website update I did not have long.
In the Winter once the sun approaches the horizon you have 10/15mins max before it vanishes   As I parked the car I saw the last part of the sun disappear behind the headland!….I was gutted…..
Not wishing to have a wasted trip I ventured down to the far end of the deserted beach and crouching down took some photos.

I had forgotten to take off the polarising filter which darkened the image further but it really highlighted the fading colours.Thanks  Phil 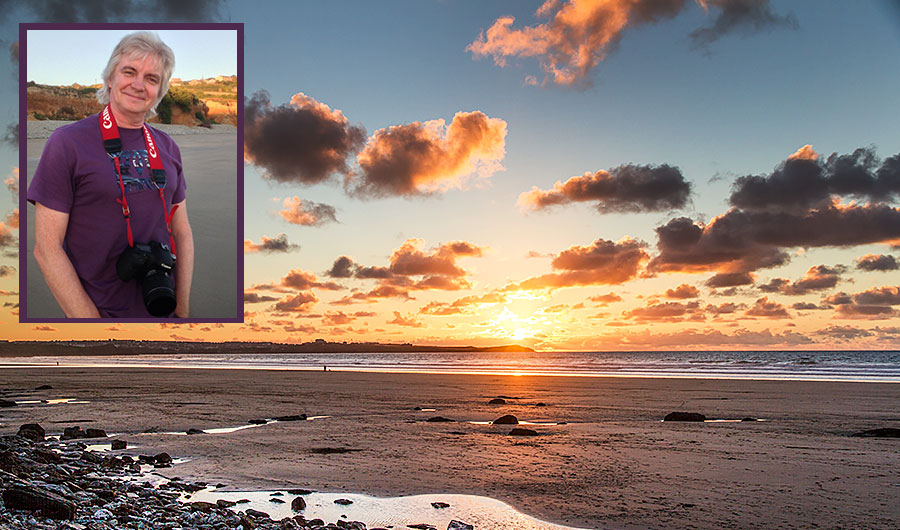 As a photographer a recent post on Google+ by David duChemin really resonated with me.  He has captured in his short but passionate manifesto video the real aspects and the art of photography. (I have included a link to the video at the end of this post)

Photographs are made not taken. To some that phrase could mean there is too much post production work.  To me it is simply a tool to enhance what you saw through the eyes of your heart.
What I like about the video is the way it captures the true essence of photography, the passion for capturing a real moment beyond the usual background noise of camera type, competition, technical details etc.  Photography at that level is like HiFi buffs listening to the equipment rather than the music.

I am lucky in that photography is part of my livelihood. However, there was a time when photographic magazines would call me up (or photography students) and ask all sorts of technical questions about photographs they had seen on my website.   How did you set up the shot, what F stop, lighting do you did you use?
I felt saying like saying that I took it through the eyes of my heart, but that would sound rather fluffy and so I hunted for the technical details in the digital file.
We do need a basic knowledge of how the camera works, but much of what we learn in photography is by taking lots of photos and experimenting.  Using the music analogy again, we learn to improvise by stepping away from the notes on the page.

We still hear the phrase ‘he/she has a good eye for photography’ and this to me is still a true measure.  We can get lost in the technical aspects of photography and start to worry that we are doing something wrong and in turn lose some of our sense of wonder.

David also mentions having this sense of wonder and we can learn a lot from the first photos we took when we were younger or when you see photographs taken by children.  That sense of wonder becomes more apparent when you kneel down and look at the world as a child sees it.
A good photograph can stop someone is their tracks, without words it speaks to an inner desire.  It could be an inspirational landscape, a dish from a local restaurant or a hotel room.  Whatever the image it is an opportunity to share and connect to others, it is a gift. 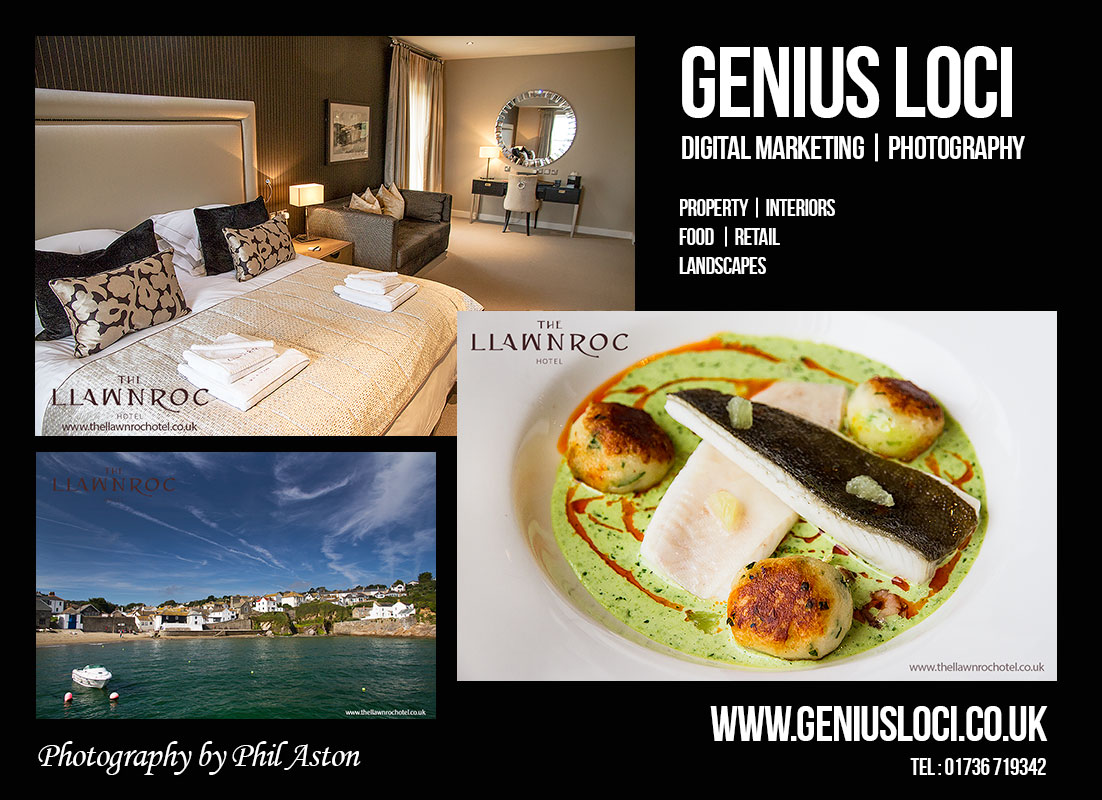 Our latest photography project has been for ‘The Llawnroc Hotel.  The Llawnroc is a luxury boutique hotel in Gorran Haven Nr Mevagissey in Cornwall.  Our brief was to photograph 4 starters, mains and desserts for the restaurant. We also photographed many of the bedrooms and public areas of the hotel.

We have many photos of the local area and will be incorporating the new photographs into the hotel website and for use on social media.

If you would like to know how we can help your hotel or restaurant please get in touch.