Very pleased to announce we have been chosen to design and developed a new website for The Llawnroc Hotel in Cornwall.

We have been working with The Llawnroc Hotel for many years and this is a wonderful opportunity.

One of the exciting aspects of the new build will be introducing more opportunities for video. This will be especially for the Food and Drink area where it will see us develop a new YouTube Channel for the hotel.

We will also be helping the new management team with a new social media strategy and help them get used to being in front of a camera!

Our order book for website development is almost full already for 2022!

A new year and an exciting new shuffle of the digital services that we offer.

Now Spinning Magazine will be used as a case study for our new video marketing services.

We are able to place your videos in front of channels more likely to respond and become subscribers.

Voyage by ABBA sold 30,000 vinyl copies in the first week of release. The total sales were over 200,000 with over 89% being physical album sales. The album is now number one on the UK album charts

This is amazing for a band that has not been together for over four decades. However, this achievement is in no small part because CD sales were over 148,000 of the overall total!

Read the full feature on our Now Spinning Magazine website

Wedding Music Agency Classical Strings are adding even more songs to their repertoire in a year which has seen them playing up to four weddings per week.

The music from a String Quartet (or another string ensemble) is there throughout the most important parts of the day, from the wedding ceremony and then on to the relaxed drinks reception.
It never overpowers the conversations, but creates a magical backdrop, forever entwined with the memories of each and every guest.
Sue Aston

Episode One features an interview with legendary singer-songwriter Dean Friedman
Future episodes will include musical memories with our own Joe Geesin who will be discussing his tales of meeting rock royalty and Dale Michelsohn who will join me to talk about his memories of The Birmingham Odeon.
Also lined up is an interview with legendary producer Richard Digby Smith who worded with FREE and many Island Record artists and (TBC) a chat with ex Judas Priest guitarist KK Downing
Thank you to everyone for your support and especially Now Spinning Patrons and subscribers for making this possible.
Phil 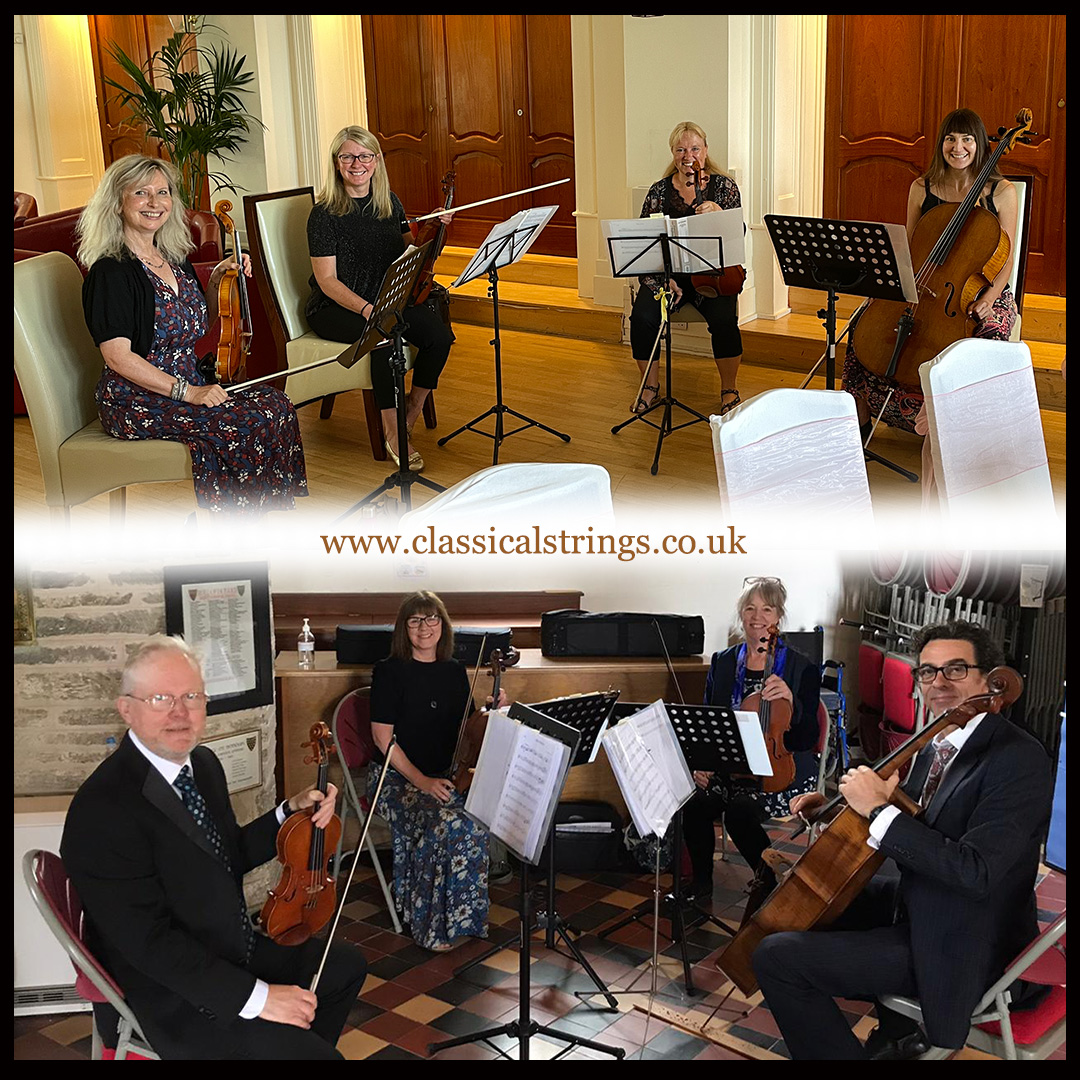 Due to increased demand, our wedding music business Classical Strings is now expanding to be a full music agency for weddings in Cornwall, Devon and the South West. We now have two String Quartets, Trios and Duos plus Sue Aston on Solo Violin.
For more information please see our Classical Strings page or visit the Classical Strings Website 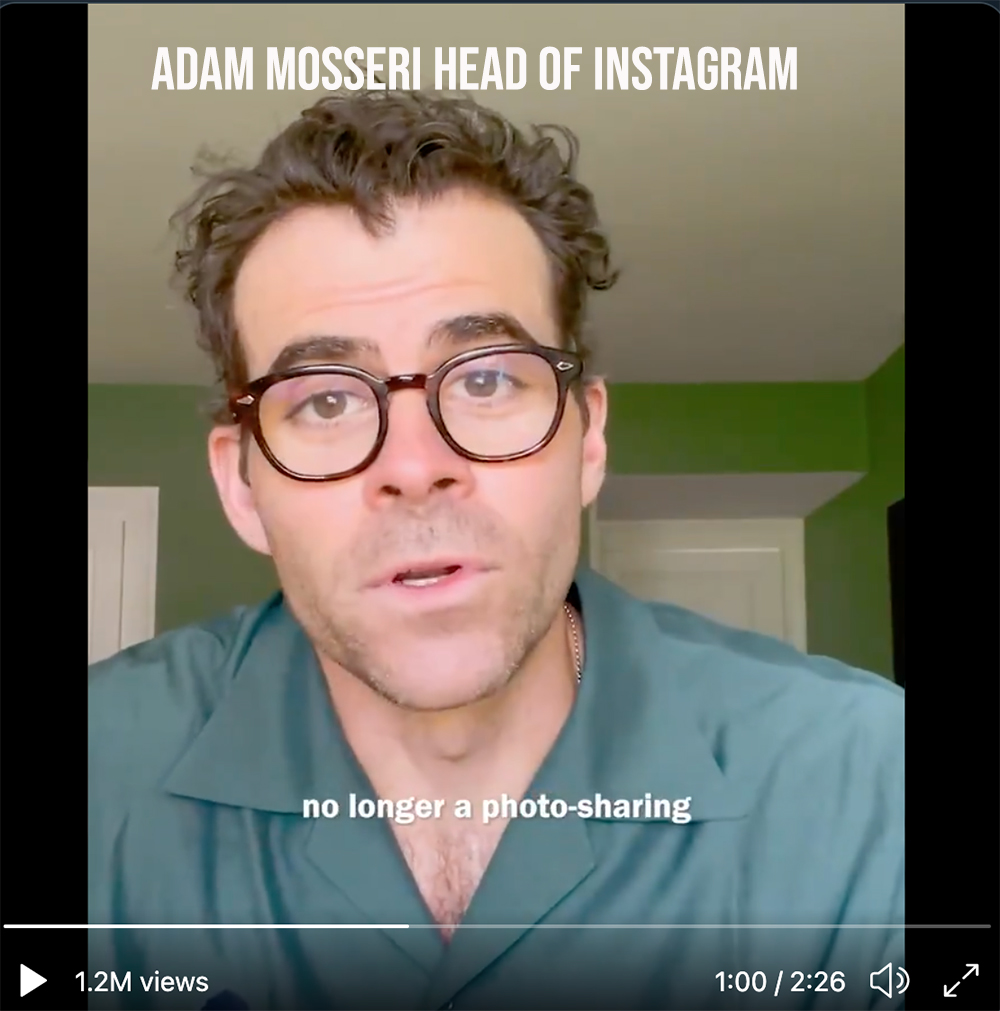 Is this the start of a real decline in Social Media as each platform loses its core identity as it tries to be everyone else?

It is obvious that the real motivation behind this is TikTok, YouTube and Amazon.

The fact is Instagram IS a photo-sharing app and that is why people use it.

If they were really listening to their users then the changes they would really like to see would be a chronological timeline, the ability to share links in a post and real support if something goes wrong.

What are your thoughts?

NB: It is also interesting that they posted this on Twitter first and it has had more views there – the comments say it all.

This is the Classical Strings Quartet filmed during a rehearsal by Genius Loci Media.

They are playing Sue Aston’s String Arrangement of ‘One Summer’s Day’ from the film Spirited Away, originally composed by Joe Hisaishi.

This arrangement is also available for String Trio, Duo and Solo Violin and is a very popular piece of music for weddings in Cornwall and Devon.

Sue Aston | Of Mist and Moorland

The dramatic piano sound is softened and supported by layers of atmospheric strings, from which a solo violin emerges. A fusion of Classical and Celtic styles which is inspired by the natural landscape of Cornwall, the drama of the sea, and the evocative weather conditions shrouding the moors.

This is the official video for this new single which was released on Friday, April 16th.

It is available on all streaming and digital platforms.

Traditional Social Media is getting quieter as people start to share less. I began to notice this towards the end of last year, and now as we leave the first quarter of 2021, there is a definite shift in user behaviour.

During the first lockdown in everyone spent more time on social media. I think everyone saw an increase in friend requests and the use of live video etc. But then, as the year progressed, people started posting less. Perhaps it was the politics, Conspiracy Theories, increased Ads etc, but the public aspect of social media is quieter.

I feel users are logging in but doing more observing rather than posting. The one area which is increasing is in private groups and communities. Here we see users seeking out like-minded people and preferring to post away from the eyes of advertisers and others who may not share their point of view.

Another reason for social media becoming quieter is that with more and more people working from home, businesses and companies are now using social media to recruit and vet potential employees.
The result is many users are being careful and deliberately curating what they post. Personal profiles will see fewer updates, and what does get posted will be neutral and inoffensive.

On Facebook, I have over 3000 connections, and I used to have to click on ‘Most Recent’ or favourites to see posts from the key people I follow. I no longer have to do that. The ‘Most Recent tab’ brings up almost identical posts, and contacts who used to post regularly now seem to be doing less, sometimes weeks apart. In private groups, the opposite is happening. I run a private music group on Facebook called Now Spinning, and this is more active now than ever, with over 60 posts per day.

Facebook puts a lot of energy into groups, and I feel it is only a matter of time before targeted Ads start to run within them. When this happens, we will see an upturn in online communities based on websites and interests.

We are almost going back to the early years of the internet when people participated in online forums. The difference is people are using their real names and photos and being more open in these private and smaller communities. As for public profiles, some people may be thinking do they need to use them at all.